Heads up Flame friends we are very close to having all of the documentation ready to submit to Guinness World Records to get the official approval of our attempt. You remember the one, we all went down to Langley Park and unfurled this ridiculously long ribbon into the shape of the awareness ribbon shape. Well once we have the final pieces of evidence put in our package off it will travel to prove that WA people from the top to the bottom all helped create something magic….. Were you there?

Be a part of a Guinness World Record this Saturday 19 April! 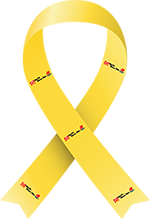 This Longest awareness ribbon will be unfurled this Saturday 19 April 2014 at Langley Park in the City of Perth at our Keep the Flame Alive World Record Day.

The day kicks off at 8am with the official photo being taken from the air being at 10am. We are asking you, along with your families and friends, to come down to Langley Park in the city to be a part of this momentous event!

The current record for an awareness ribbon stands at 1,247metres, however we will beat this with what we predict to be 2000 metres of yellow awareness ribbon, signed by the people of Western Australia with messages of hope and support for children with cancer.

“With the support of The Hon Peter Collier MLC, Minister for Education more school children and their families will unfurl the full ribbon and mold it into the familiar awareness ribbon shape and, will be photographed from our helicopter fly over so that all of the world can see what an amazing feat WA people have achieved.” said Keep the Flame Alive Event Organiser Kylie Dalton.

But that’s not the end of the ribbon’s incredible story. The final destination for such an important piece of fabric, imbued with so much hope and love, is the new Children’s Hospital, where it will hopefully be used for the opening in 2015. This is also where the messages can be read by future generations of children, looking for hope.

So please come down, show your support and be a part of history in the making! 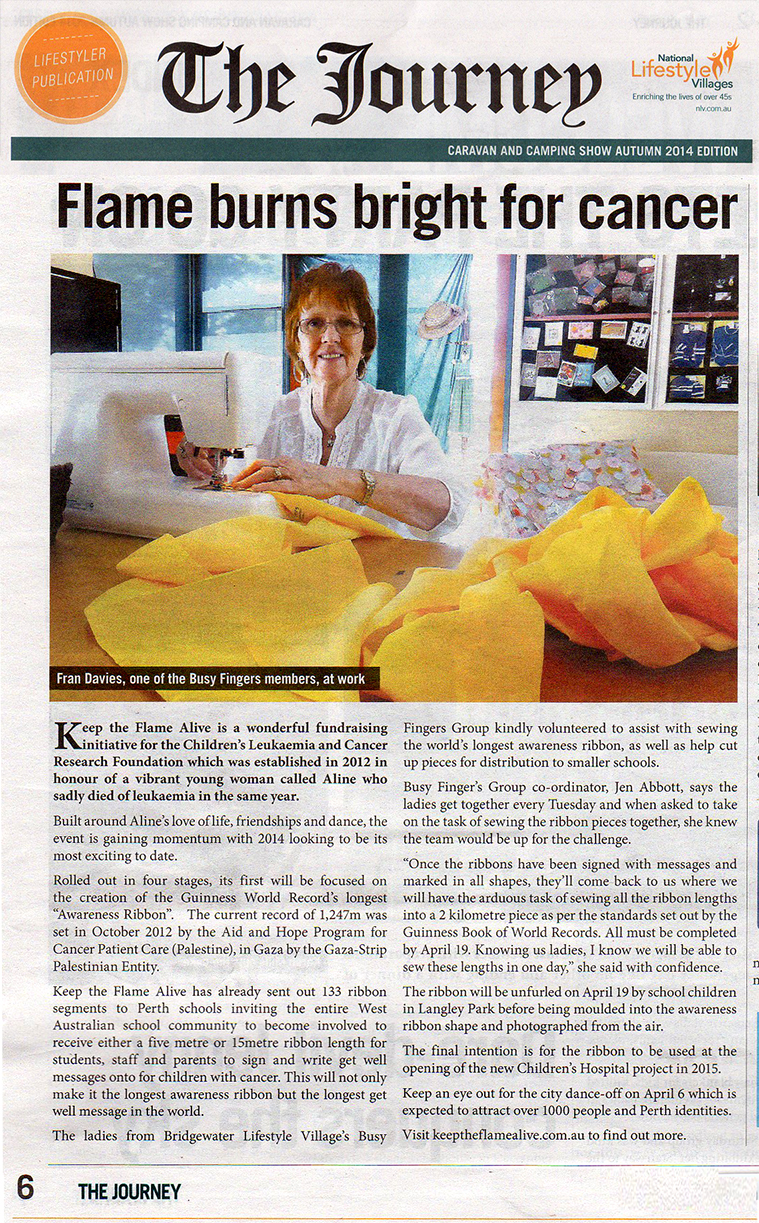 About Keep the Flame Alive

Keep the Flame Alive is the next stage in Children's Leukaemia & Cancer Research Foundation's evolution, moving forward to help build awareness of Children's Leukaemia and the need for cancer research. By using a flame as a symbol of hope and life, CLCRF want to create new and exciting events each year, bringing celebration and awareness to the organisation and what they achieve year after year for Kids with Cancer.