It took a year and a lot of hard work from a very dedicated team of volunteers, but what a success story they have given Children’s Leukaemia & Cancer Research Foundation. A Flame for Aline was an event that began with a lady who had just lost her friend to Leukaemia and the love of dance that they both shared. The story began as a journey for Judith Gerardin when her friend Aline passed away within in a four month period of diagnosis to her passing. Jude felt a little lost in her grief and decided to honour her very dear friend Aline with a joyful experience so her memory would always live on in a happy place.

When a team of wonderful volunteers got together they were all able to create the magic that was the 11th of December 2012’s A Flame for Aline. This event became much more than a tribute to Aline, it became a joyful sharing of expression by more than 700 of Western Australia’s families. Each coming together for their own stories and memories of people who had passed and also for those still here. It was celebrated over 10,000 times on You Tube with people coming back again and again to see the spectacular event that had been filmed by all that were there. 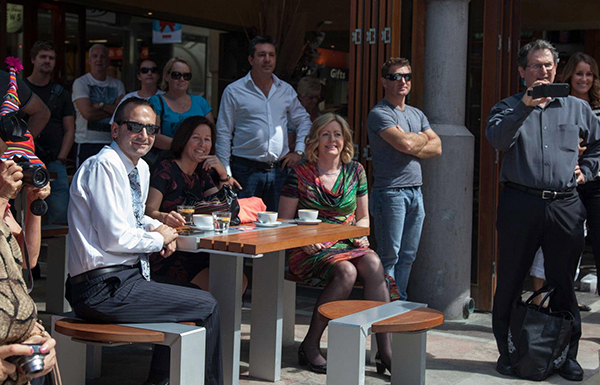 When the dance had been completed the outcry of joy was heard by everyone who were lucky enough to be standing in the crowd to witness this event. They lined the sidewalks, and the shopfronts in Forrest Place and above the mall on all of the balconies to cheer on the dancers. The camera crew from Today Tonight with Cassie Silver were there to interview the Lord Mayor Lisa M. Scaffidi after her participation in the dance. They interviewed Jude and myself about the event and some of the people who danced. This was a wonderful way to highlight to the rest of WA what this event meant and why we had to bring it back as the next big event for Children’s Leukaemia, this time entitled ‘Keep the Flame Alive’.

I would like to thank each and every person individually who helped put this together, however in reality there were so many wonderful volunteers that I would run out of space. So instead, I will extend to all of my wonderful team my deepest and heartfelt thanks for putting this together with me. 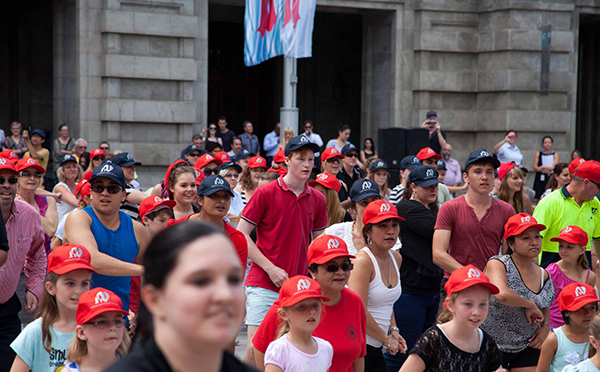 To Judith and Marc I hope we were able to give you the kind of memory for Aline that you hoped for. To the Lord Mayor Lisa M. Scaffidi my special thank you for participating and showing why you are the worlds coolest Lord Mayor.

To Channel 7 Today Tonight and Cassie Silver thank you for helping to tell our story the those who could not be there. Murdoch University Media Team who put together the film crew for taking the video on the day. Digital Imagineers for cutting the footage together to create the event video.

Lastly to the amazing Children’s Leukaemia & Cancer Research Foundation Team – for embracing this event and giving us all of your support to make this happen. I look forward to working with you again to Keep the Flame Alive. Check out more photos from the 2012 event. 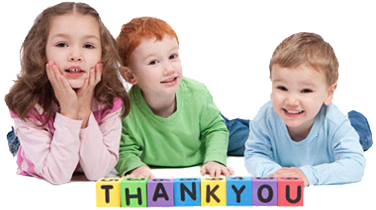